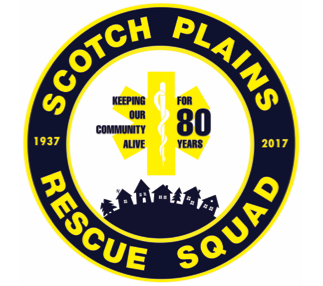 SCOTCH PLAINS, NJ — Seizures can be very scary to witness.  The person may be violently shaking, unconscious and rigid, or just staring into space.  This may be happening because he or she has a seizure disorder, or because of an illness or injury.

Epilepsy, or seizure disorder, is a neurological condition that affects the nervous system.  People can be diagnosed at any age, and according to the Epilepsy Foundation, three million people in the U.S. have epilepsy and 1 in 26 people will develop it in their lifetime.  The good news is, with proper care, 6 out of 10 will be able to live seizure free.

Besides epilepsy, seizures can occur for other reasons.  Various illnesses, such as infections, tumors, and high fevers can also cause seizures, as can medications, drugs and alcohol use and withdrawal.  Of course, any head trauma such as those that may occur in car accidents, falls and sports activities can bring on full-blown seizures.  These types of seizures are much more dangerous since they are a clear sign of brain injury.

If you do see someone experiencing a seizure, there are things you should and should not do.  Some people have an aura, or a sign that they are about to have a seizure.  They often will sit or lie down to prevent falling and injuring themselves.  If someone tells you they are about to have a seizure, help them lie down in a safe area and move anything sharp or potentially dangerous out of the way.  Many times a person will wear a medic alert bracelet alerting bystanders to their condition.  If possible, try to time how long the seizure lasts.  It’s very important to stay with the person and keep calm.  Most seizures only last a few minutes; during this time, protect their head from hitting anything and turn it to the side to keep their airway clear.  Do not put anything into the person’s mouth, and do not try to hold them down.

Afterwards, they may be somewhat confused, so talk softly and let them know what just happened.  If the person is an epileptic, he or she may not want an ambulance called since they know how to handle the aftermath and understand that they are not in any danger.  However, if they do not suffer from epilepsy, and the seizure occurred for some other reason, they will need immediate medical attention.  Also, if the seizure lasts for more than five minutes, or stops and then continues, or if the person shows any sign of respiratory distress, call 911.

The Scotch Plains Rescue Squad is a volunteer organization of Neighbors Helping Neighbors.  With over 90 volunteers, we answer calls not only in Scotch Plains but in surrounding towns as well when needed.  Besides answering calls, you will see our ambulances at many special events held in town, such as Scotch Plains Day, the Memorial Day Parade, high school football games, and the summer concerts on the Village Green.  We are also available to provide demonstrations for Boys and Girls Scout troops, clubs, and any other group that may be interested in what we do.  In addition, we lend out wheelchairs, crutches, canes and other assorted medical equipment free of charge.  Please reach out to us if there is something we can do for you.  (908) 322-2103 for non-emergencies or scotchplainsrescuesquad@gmail.com

In 2017, The Scotch Plains Rescue Squad marks its 80th year of all volunteer emergency medical services to the community of Scotch Plains and surrounding communities, a distinction that very few rescue squads in the state have reached.