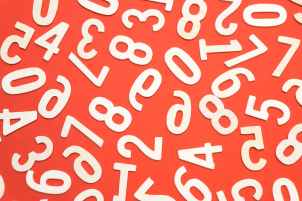 Mathnasium, with over 1000 locations in the U.S. and more worldwide, has been helping children learn for over 40 years. Its creation was inspired by math teacher Larry Martinek, whose goal was to find a better way to educate children in the art of mathematics

His method relied on replacing repetition and rote memorization found in most curriculums with tools children could use to better understand the concept of numbers. His innovative ideas were so impressive that the Los Angeles school system replaced their own textbooks with his materials, which led to a sharp increase in test scores.

In 2002, Peter Markovitz and David Ullendorff, education industry leaders, took Martinek’s teaching methods and incorporated them into the Mathnasium Method™. The first Mathnasium center opened in California shortly after.

Years later, Sam Younis, who wanted to transition from being an actor and writer to owning his own business, opened his first Mathnasium center in Los Angeles in 2012. He and his family then moved from Los Angeles to Decatur, GA, in 2014 to be close to his wife’s family and raise their two children there.  Soon after, he opened a Mathnasium center in his new home town, and then another in Dunwoody. This past November, he opened a center in Morningside.

His creative side loves how the method allows kids to apply creativity to the understanding of math. He enjoys seeing children become confident in math, and because of the fun way in which they learn, their eagerness to return to the center.

“We’re trying to provide an environment that’s engaging for them, a place where they will want to come back to. Maybe they didn’t like math before, and suddenly they’re asking their parents to come back. That kind of why it’s caught fire. It surpasses what parents expect out of the experience. Not only are the grades going in the right direction, but their feelings about math start to change,” said Younis.

Children are first assessed, and based on that assessment, are placed into small groups of two or three. These groups are not confined to cubicles, like they are in some other centers. Materials are chosen according to the child’s style of learning, whether visual or tactile. Basic skills, such as addition and multiplication, to higher math levels such as algebra and precalculus, are taught, so children from kindergarten to high school can benefit from the method.

Younis mentioned how some children, because math is so difficult for them, tend to categorize themselves as “bad in math” even at a young age. The goal of Mathnasium, he said, is to interrupt this thought process and give them the confidence that they can master it, whether it’s simple arithmetic, word problems or higher-level math.

Mathnasium derives a customized learning plan according to each student’s needs, whether they are struggling with math or have a great aptitude with numbers. Younis stressed that each center goes way beyond just tutorial and instead focuses on helping children develop an understanding and a love for math.

“A lot of it is about going deeper into the material, and having a deeper understanding of math; not just being able to regurgitate facts, and not just being about to follow five steps without knowing what it means,” said Younis.

Many of their instructors are college students from Georgia Tech and other schools as well as college graduates who live in the area.

“I think we are more affordable than individual tutors,” said Younis.

Since he knew many parents in the Morningside area were interested in having their children enroll, but didn’t want to have to make the trip into Decatur, Younis decided to open a center there. He also knew with all the development happening a lot more children who may need their services would be moving in.

Parents can enroll their children for up for a month, six months, or even a year. Each class is one hour, and for the best progress and value, Younis recommends children take classes two to three times per week.

“It’s meant to develop the students over time; it’s not a short-term solution,” he said.

To find out more about Mathnasium or to enroll your children in the center, go to https://www.mathnasium.com/morningside.